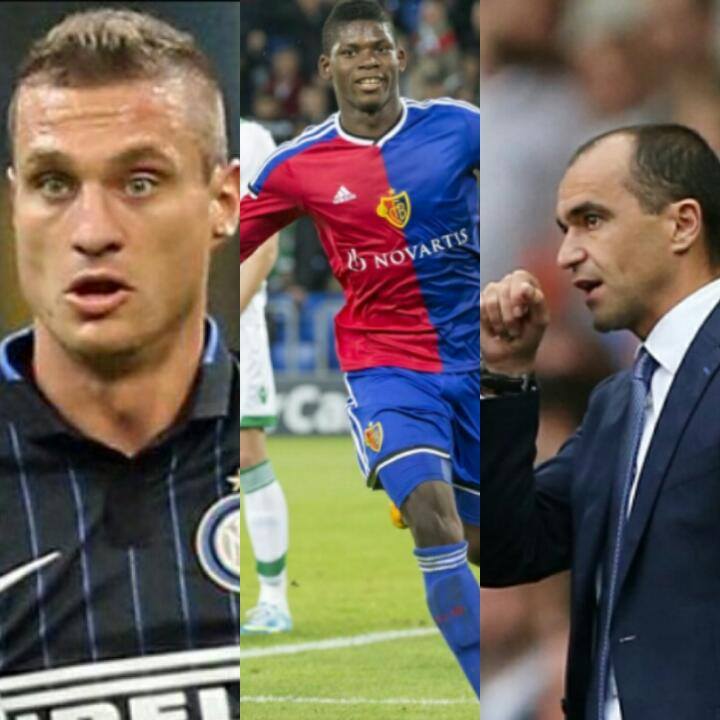 Its been a while! We've been busy with life etc. but I'm here to bring you rumours round for this week... It's a good one -

Hopefully this will put an end to the pointless rumours (Just joking, we all know it won't). After recently hyped interest from the media regarding Arsenal, United and Chelsea's Stones enquiries, Martinez puts a firm foot down. The Catalan said that "It's very different (in January). When you are right in the middle of the season I think players understand you can't sell someone if you can't replace him.". Confidently said by Roberto. If there's at least one positive attribute in Martinez, is his ability to keep hold of (and attract) highly rated young talents.

"The uncertainty comes in the summer where everyone speaks about possibilities. That's where there is constant talk and debate.", he continued. Slightly more worrying, Bobby!

"We'll never lose anyone in January unless it is somebody who hasn't been playing and we need to find a solution."

"If he is a top performer, it's not even a consideration."

More encouraging words there, possibly hinting at a Naismith exit? Anyway, at least we know John is staying, for now.

An interesting one. TalkSPORT are reporting that we have expressed our interest in the Inter man, Nemanja Vidic.

Having been heavily linked with him in the summer after the departure of Distin and Alcaraz, the link has resurfaced. With the Stones injury scare on Saturday, Ty Browning out and Jags sidelined, could this be a good move?

With the Serbian struggling at Inter so far, a short term loan perhaps might be a viable option to add some experience to the current young squad and would relieve some anxious fans nerves. A leader amongst men, he may be a more solid back up than Holgate etc. However with Galloway's natural position at centre half, this transfer may just be a waste of wages.

Breel Embolo, the Basel Wonderkid, has once again been linked with us. The 18 year old is said to be one of Europes most talented and sought after young players. Having already playing first team football being just a teenager, he has already scored 8 goals this season.

The Daily Mail report that the Swiss man would be the perfect understudy for Romelu Lukaku, or also an 'insurance policy', if Romelu was ever to leave Goodison.

The fee is said to be around £18m, but we will face competition from a variety of other Premier League clubs such as Tottenham and Manchester United. However Everton are said to be expressing the strongest interest out of all other interested PL clubs.

Out of Favour Powell Interests Martinez

The youngster interested  Everton scouts in Powells two goal display in Uniteds developments sides victory over Leicester u21s. The young lad will be out of contract in the summer. This one certainly doesn't get the blood pumping, but could be one for the future.