Welcome to another Transfer Rumour Round Up on our blog!

There will be a round up of the weeks transfer rumours every Wednesday! 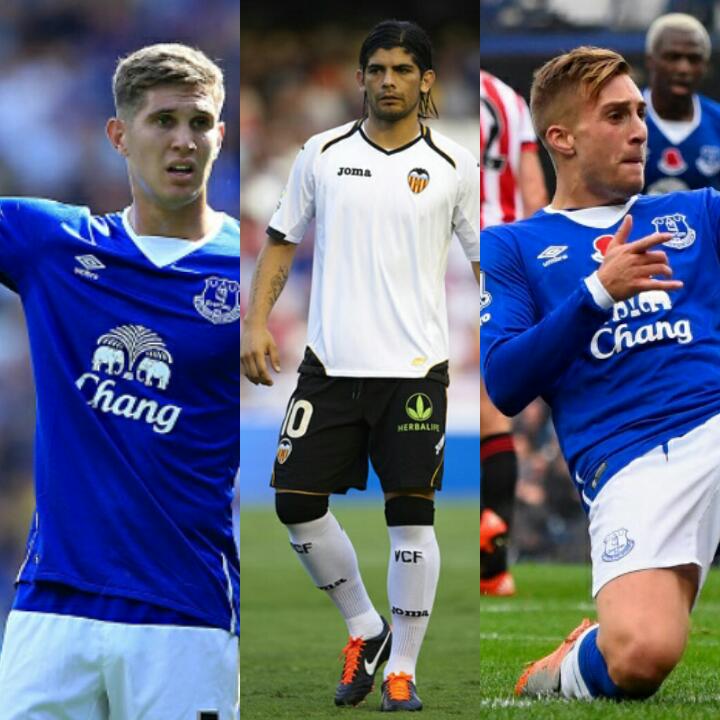 One for the Future?

Everton are reportedly in talks with 16 year old Samuel Chukwueze. The nigerian is a promising forward who is also being chased down by Malaga and Red Bull Salzberg.

However, the toffees seem to be closest to the deal. Ifeanyi Elegbua Igwenjoku, scout, said "We hope to get the best deal for Samuel. He is still a young player so we need to be sure that whichever club he ends up signing for is in his best interest."

The youngster scored 3 and assisted 3 when his team, Nigeria u17s, won the U17 world cup in Chile.

Once again we've been linked to Ever Banega. Benega, the play maker, almost joined us back in 2009 when Moyes tried to sign the Argentinian international from Valencia. The 27 year old is out of contract in the summer, so could be available for free.

With Barry and Osman not getting any younger, Banega could be a very good move, and could also play in that Number 10 role. He could bring an unmatchable element of creativity to the squad. It would cetainly be an excellent move if we could pull it off, however we may face competition from European giants such as Manchester United and Roma.

Yeah, I know! The papers just love to sell our players. And guess who the source is? Yep, you guessed it. Bloody Mirror. Apparently (and thats a big apparently), Manchester United have been told that the promising England International will cost them £45 million.

With interest also coming from catalan giants Barcelona, United will have a fight on their hands. However, I wouldn't watch this one too closely!

Deulofeu Buy-Back Clause to be Activated?

Martinez has admitted that he would be powerless if Barcelona were to activate the buy back clause in Gerry's contract. With Deulofeu in fine form, some questions have been asked about whether Barca would be bringing him back to spain already.

Martinez said "There is nothing we can do if they activate the clause," he states. "That was the deal and the only way we could access the player in the terms that we wanted. I'm delighted with the deal. It is €9m for the first year and €12m in the second year."

However with the likes of Neymar and Messi at Barcelona, Deulofeu may still struggle to get into the starting 11. Luis Enrique may want the young spaniard to develop some more before returning.

If the buy-back clause was activated, I for one, would be inconsolable. Tissues would be needed on that day.

And on that sad note, that's it for this week!