Everton travelled to the Boleyn Ground on Saturday and faced a tough West Ham team.

The game ended in a 1-1 draw, with goals from Romelu Lukaku and Manuel Lanzini.

Manuel Lazini put West Ham in front in the 13th minute, only to be cancelled out by big Rom later in the match.

The main talking point in the hammers' game though is star midfielder, Dimitri Payet, recieveing an injury. Payet tried to continue after James McCarthy's challenge before half time, but he only lasted five minutes of the second half.

The irons tried to get a winner, forcing Everton goalkeeper, Tim Howard, to make fingertip saves, but ultimately did not succeed on getting past the American twice.

I think West Ham are probably distraight that they could not a win, and are more than likely sick of the Belgian tank leading Everton's attack. In my opinion, the hammers played very well, came close to winning, but could not produce the glory they want. This game did, however, send the hammers into 3rd place of the Premier League table, despite not winning the match.

West Ham's next game, after the international break, is Tottenham Hotspur 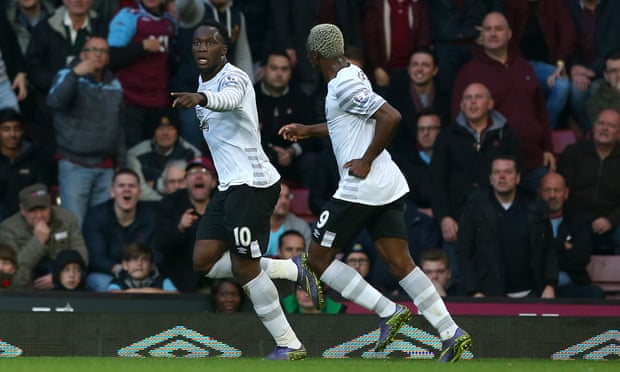 Romelu Lukaku luckily cancelled out Manuel Lazini's opening goal in the forty-third minute, giving him another goal against West Ham to add to his collection.

The Belgian striker seems to have a personal hate campaign against the hammers and continues his goal tally against them. He has now scored in seven consecutive games against West Ham.

Gerard Deulofeu (#HesMagicYouKnow) has become the Spanish Mesut Ozil, with some supurb assists and passes in recent games. He provided Rom with a fantastic setup, giving Everton the equaliser and secured him the Man of the Match award.

Arouna Kone was expected to continue his suprising, but tremendous, form. He scored a hat-trick in the 6-2 win against Sunderland in Everton's last game, but couldn't produce anything against the irons on Saturday.

I think Everton were extremley strong later in the game, but the final score was 1-1 and Everton moved up to 8th place in the league.

Everton's next game, after the international break, is Aston Villa.

Sadly, the blues couldn't get the win, and to make things worse, we messed up on our first live tweeting of a game... 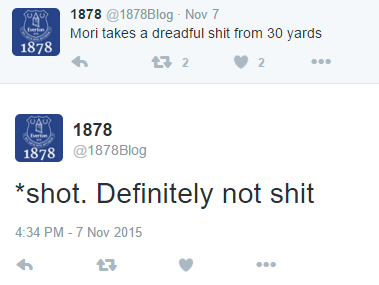