Everton travels to the Boleyn Ground this weekend to face West Ham in the Premier League. 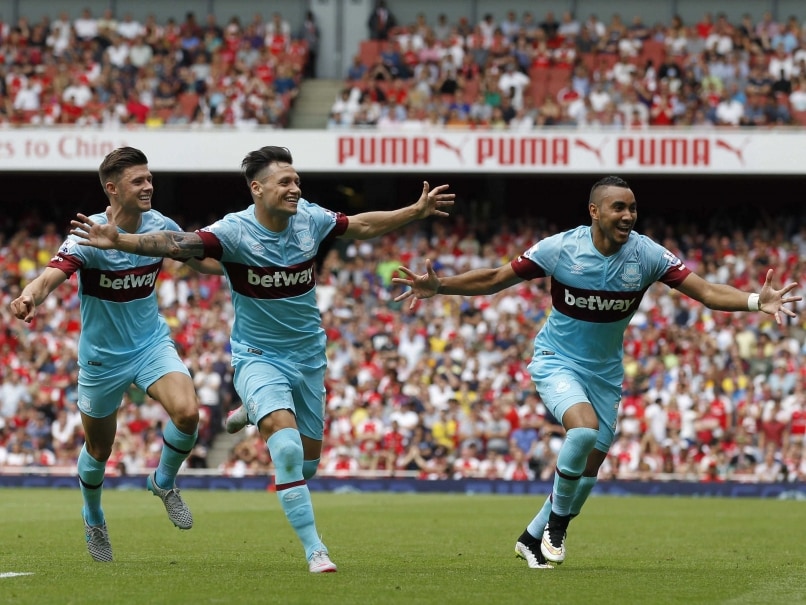 West Ham are currently sitting in 6th in the Premier League, being level on points with 5th placed Tottenham Hotspur, who have a bigger goal difference. West Ham will be hoping to return to winning ways after their 2-0 defeat against Watford last weekend, which was their first loss in seven league games.

The loss to Watford was only their third loss of the league this season after playing well with the Slaven Bilic being appointed as manager during the summer.

The home performances of the hammers has been less impressive compared to their away form this season, with two of their three losses being at their home stadium.

West Ham's home form has been improving though, as their past three home fixtures have been wins, including their 2-1 win in their last home fixture against out-of-form Chelsea.

Although West Ham's attacking record is one of the best this season, with twenty-two goals in eleven games, their defending and disipline are not as impressive and let the side down sometimes as the hammers have only kept just three clean sheets in the league and have conceded 15 goals so far. James Collins picks up the teams fourth red card of the season for the irons in the defeat to Watford, which is the most red cards for any team this Premier League season.

West Ham are not an easy team to play when in-form this season and can prove to be a tough, attacking opponent, but lack in defenfense and disipline.

Everton are currently in 9th place in the Premier League, only one point away from 7th position, which is Southampton at the moment. Everton will be trying to get a win to try and start a run of form from a tough run of fixtures in October, with matches against Liverpool, Manchester United and Arsenal. Everton won their last game against Sunderland 6-2, proving that the side are up to the task of returning to winning ways and leaves the blues nine clear of the bottom three.

The Sunderland game was led by Arouna Kone, scoring his first ever Everton hat-trick and earning a 12-month contract extension. The Ivorian has only scored six league goals for Everton in the past two years he has been at the club, but has had unlucky run-ins with injury and missed most of last season, not giving him chance to show what he can do. This season he's suprised us all and scored five goals in eleven league appearances so far.

Romelu Lukaku also helped the toffees during the Sunderland game, and throughout the campaign, being the sixth-highest goalscorer in the Premier League this season so far, netting six times so far. Everton, overall, have the fifth-highest total of goals in the league so far in the 2015/16 season, with nineteen goals in eleven games.

Goalkeeper Tim Howard has been facing some major criticism during the last month from fans, having kept just three clean sheets this season. With only 15 goals conceded however, the toffees have a good, strong defensive record than a lot of sides above them in the league, including this weekend's opponent.

Everton are a very solid, defensive team this season, and with Arouna Kone and Romelu Lukaku leading the attack, will the blues be able to secure three points this weekend?

James Collins will be suspended for West Ham this weekend, after being sent off in the Watford defeat and Pedro Obiang and Diafra Sakho are doubtful after both recieveing thigh injures.

Everton will be without their captain Phil Jagielka, as he was ruled out for two months with a knee injury. Funes Mori has been starting instead of the skipper so far and looks ready to continue in his place.

Bryan Oviedo will be missing out aswell, with a hamstring injury, while Steven Pienaar and Tony Hibbert are both not to return this weekend.

Leighton Baines, Tom Cleverley and Muhamed Besic have all joined the squad's training sessions this week, but it is not very likely they will return against the hammers.

Everton won both home and away matches against West Ham last season, winning by a 2-1 scoreline for both.

In 115 matches between the toffees and the hammers, Everton have won sixty times, whereas West Ham have only beaten Everton thirty-one times, with twenty-four matches ending as a draw.

I think Everton will have the momentum to push on from the promising 6-2 win against Sunderland last week. West Ham are in good form but I feel they may not be up to the task due to the disapointing defense and a loss of James Collins due to that red card in their last game against Watford. Will Arouna Kone be able to perform this weekend?

Be sure to check our Twitter, @1878Blog, to see updates as the game is happening, and come back to our blog to see our match review in a few days!

Reply mario
5:55 AM on November 6, 2015
batman you [email protected] you come near me ill fnck you up and your ugly sidekick robin

Reply batman
5:52 AM on November 6, 2015
and you better stay in the darkness unless you wanna smack

Reply batman
5:50 AM on November 6, 2015
get in the bin luigi and btw i shoved my plunger down daisy's throat you lanky prick

Reply Luigi
5:49 AM on November 6, 2015
You'll do nothing Batman mate I'll shove my plunger down your throat.

Reply batman
5:47 AM on November 6, 2015
what youre gonna come into youre own mums batcave you little inbred
as for you mario im gonna take your head off you little italian mug

Reply mario
5:46 AM on November 6, 2015
What's the difference between Everton an the compass? - The compass has more points.

Reply mario
5:45 AM on November 6, 2015
Whats the difference between Everton and a tea-bag?
A tea bag stays in the cup longer

Reply batman
5:44 AM on November 6, 2015
sound mate you can have the little cow, cuz im currently in your mums batcave you tit

Reply Robin
5:44 AM on November 6, 2015
I actually dare you mate you little flapper. Your just upset that I took Cat Woman to Boner Ville.

Reply batman
5:42 AM on November 6, 2015
ill take your head off like im jihadi john before you can tell him you little flapper